This post contains affiliate links. However, all opinions are mine alone. 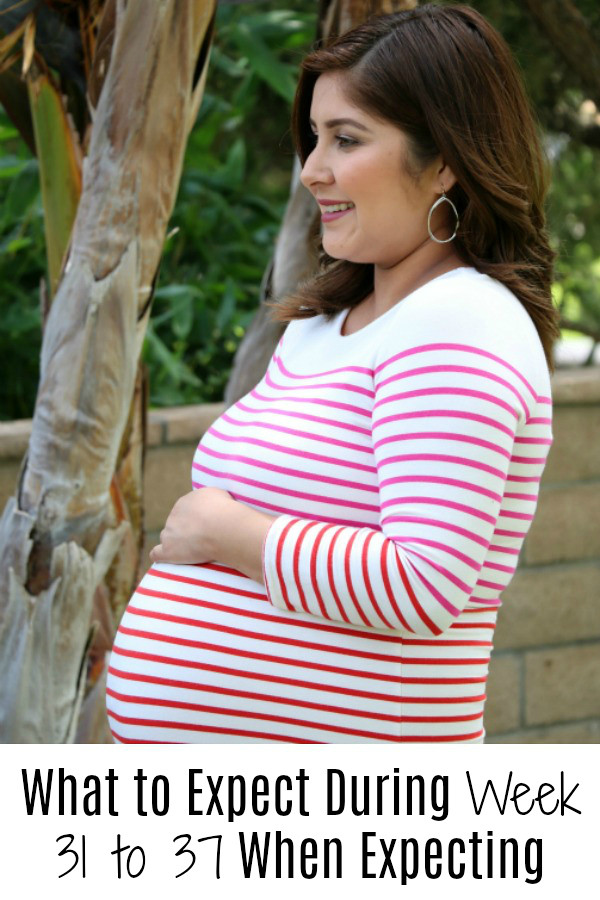 In my opinion, attending the pregnancy classes available at the hospital was a must. First, we attended the breastfeeding class that was informative and useful. In the end, I learned enough information that I felt confident about breastfeeding Baby C when she arrived. Without a doubt, I happen to be like being in control. As a result, I created a worksheet of everything I need for the baby. I have to say the list was extremely helpful in allowing us to budget and purchase only what was necessary. Thankfully, I did not have to budget with our maternity photoshoot. In all honesty, I am thrilled with the result of our photos.

Moving forward, the belly has definitely grown more! Unfortunately, that also came with stretch marks in the lower abdomen. Although, I tried to prevent stretch marks by using a combination of products I was not successful. By now, the baby kicks are noticeable enough to capture on video. I am certain feeling her move inside of me is something I will miss once she is born.

Cravings: Anything that comes in front of me! 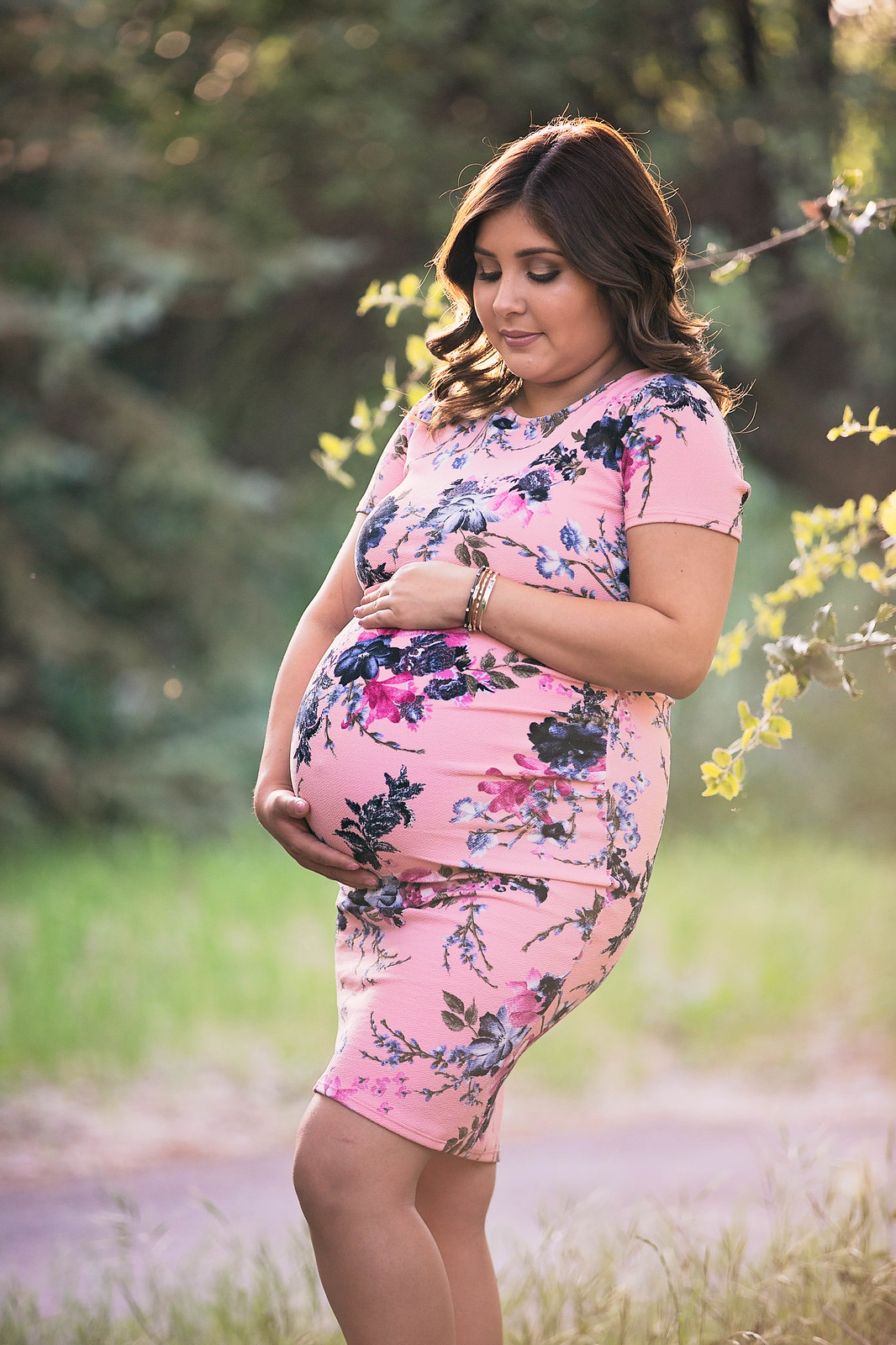 According to Baby Center, the baby is approximately the size of a jicama. First of all, the baby shower was planned for Saturday. As you can imagine the week was hectic from start to end. Thankfully, my family was supportive and helpful throughout the week. I can’t thank my mother enough for the beautiful baby shower she threw me. Unfortunately, I landed in the emergency room on Wednesday due to consistent contractions. I was diagnosed with a severe urinary tract infection and a cervix prone to dilation. As a result, I was on “bed rest” for the following weeks in order to continue with a healthy pregnancy. 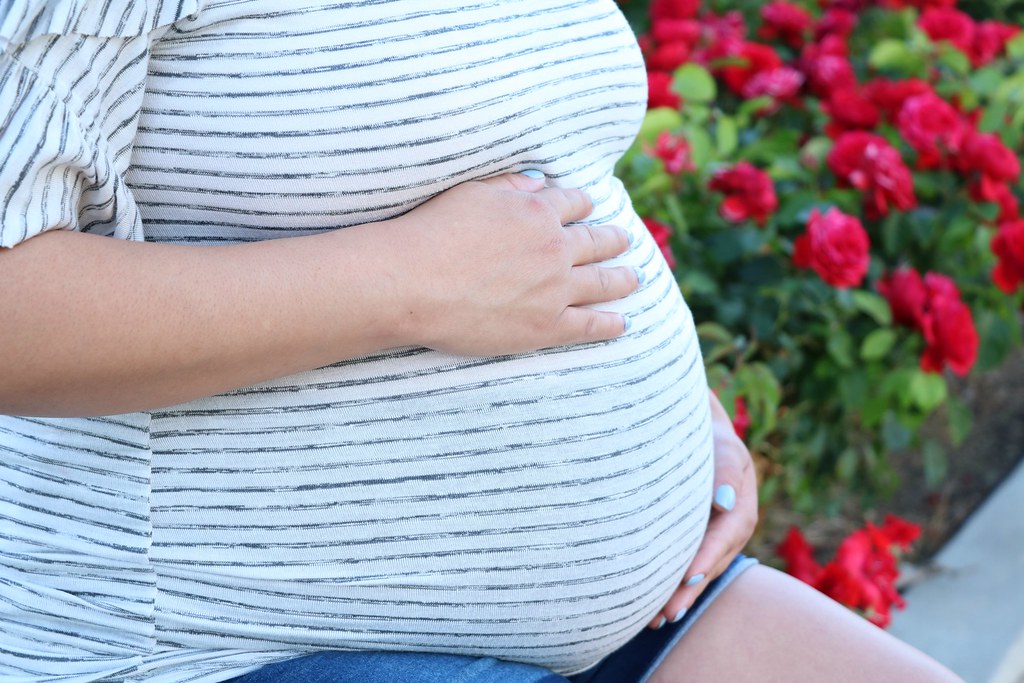 By now, the last thing on my mind was exercise. In all honesty, I could hardly walk from the kitchen to the restroom. Therefore, I stopped walking and doing any sort of workout. From time to time, I continued having the commonly known Braxton Hicks contractions. Often times, I would stay up throughout the night due to the discomfort and pain. Also, I was scheduled for an ultrasound to measure the size of the baby. Since, I gained an excessive amount of weight the doctor wanted to see how much Baby C was measuring. 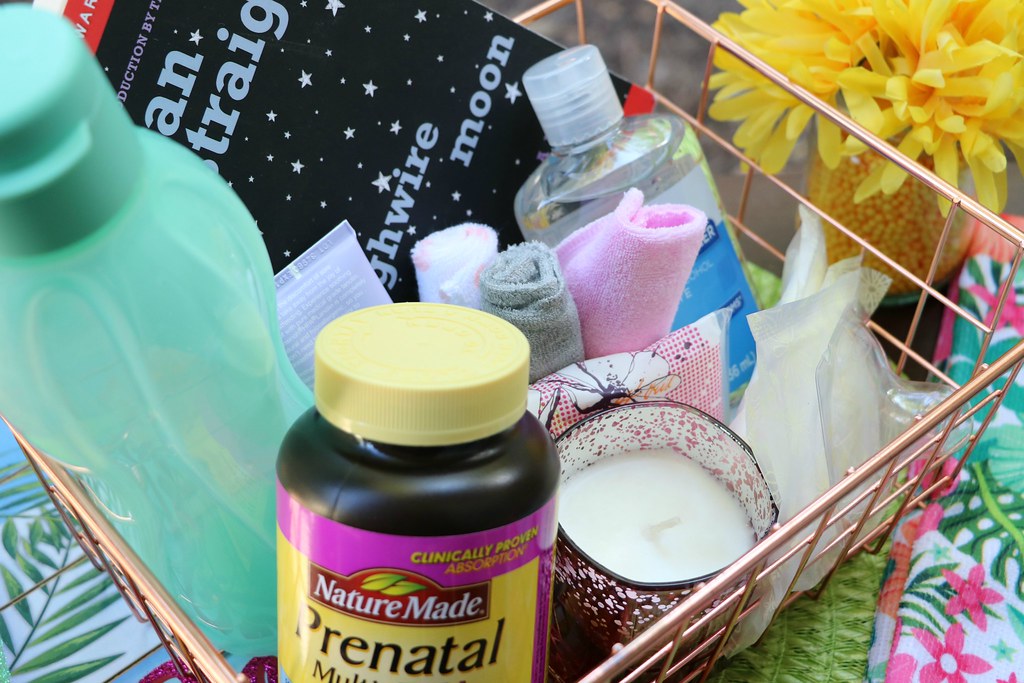 According to Baby Center, the baby is the size of a cantaloupe. Although, I had a belly much bigger than the size of a cantaloupe. With that being said, it became extremely hard to be able to sleep thru the night. Therefore, I was more exhausted throughout the day. As a result, I had restless legs that needed to be massage daily to help relieve the pain. On the other hand, we washed all the baby clothes that would we use for Baby C in the first couple of months. After the baby shower, I started to nest full force as I wanted to be prepared for her arrival. It is incredible how it sort of happen overnight! 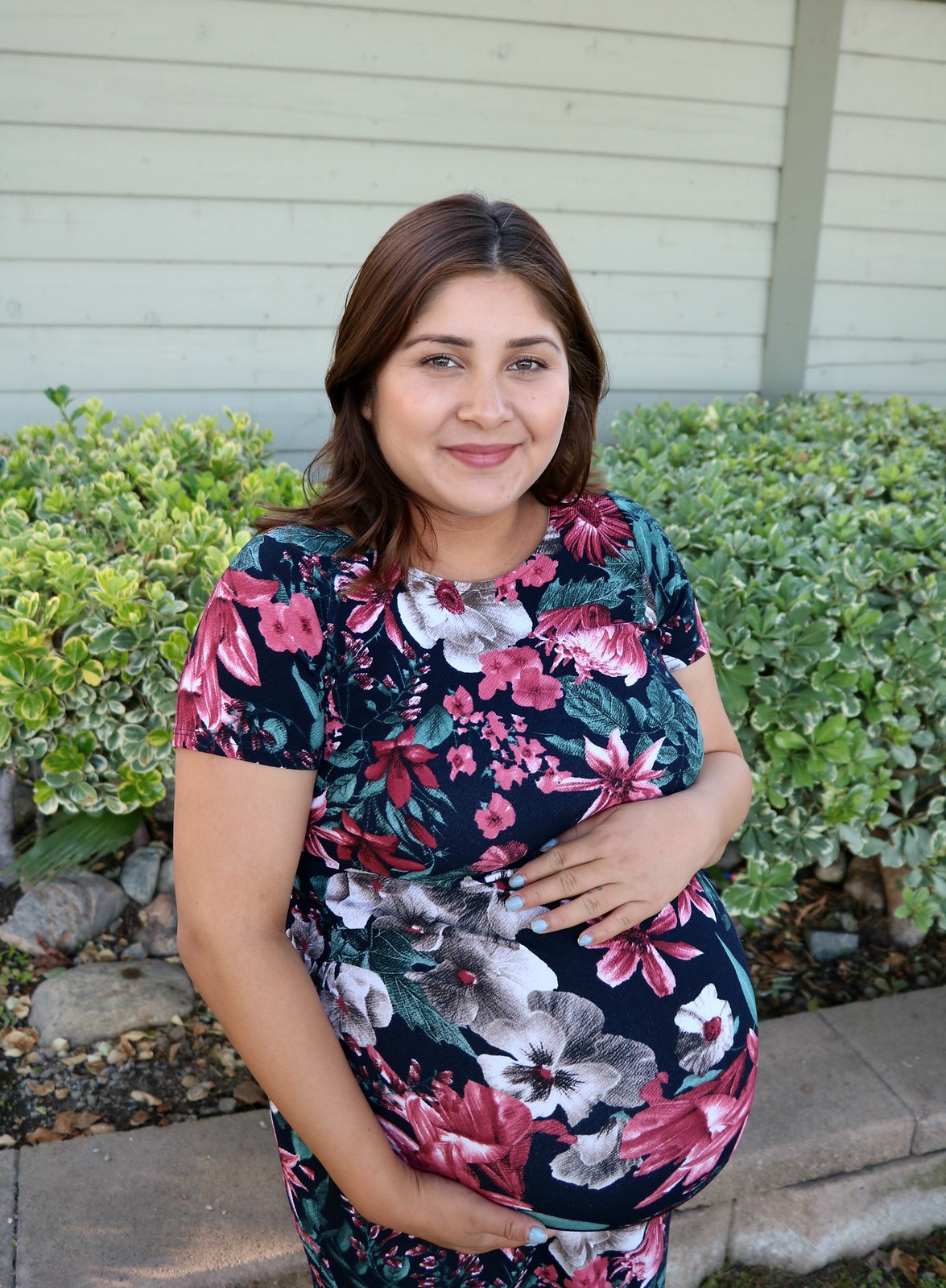 To begin with, I had never seen my own feet so incredibly swollen to the point that it was embarrassing. Without a doubt, I started to feel much more exhausted that I needed naps throughout the day. Although, I was taking naps and resting more I still felt pain and discomfort in my legs and feet. As a result, I had multiple massages both on my legs and feet throughout the day. Also, the intense itch everyone talks about started. Let me just say it is nearly impossible to not scratch due to the discomfort it creates. I tried using more lotion, body butter, and oils to help but nothing relieve the urge to itch. In all honesty, itching felt even better than an orgasm.

With that being said, I felt Baby C would be making an appearance in the next two weeks or so. In all honesty, I had a feeling throughout pregnancy that Baby C would arrive two weeks before my due date. As a result, I decided to start packing the diaper and hospital bag. The way I could be prepared for the moment she decided to come into the world. By this time she was overly active creating such unique shapes in my stomach. As you can imagine, I’ve been to exhausted to have a picture taken every week. As a result, I missed a picture for Week 33 and 35.

Cravings: Anything and everything!!!

According to Baby Center, the baby is approximately the size of a romaine lettuce. However, Baby C was definitely measuring bigger. I don’t even know where to start since I was feeling even more exhausted than before. Also, I was walking slower than slow. By now, I had swollen feet, ankles, and hands that I felt pain everywhere! In addition, the nausea started making an appearance again. The hottest heatwave of the summer started and was expected to last a few weeks just when I started to develop more intense hot flashes. Not to mention, staying up throughout the night due to contractions. However, they all seemed to stopped within two to three hours. As a result, of all the symptoms I was sleepy beyond belief but unable to sleep comfortably. Therefore, I decided to stop working and go on maternity leave as I waited patiently for Baby C to come into the world.

Cravings: I could eat all day! 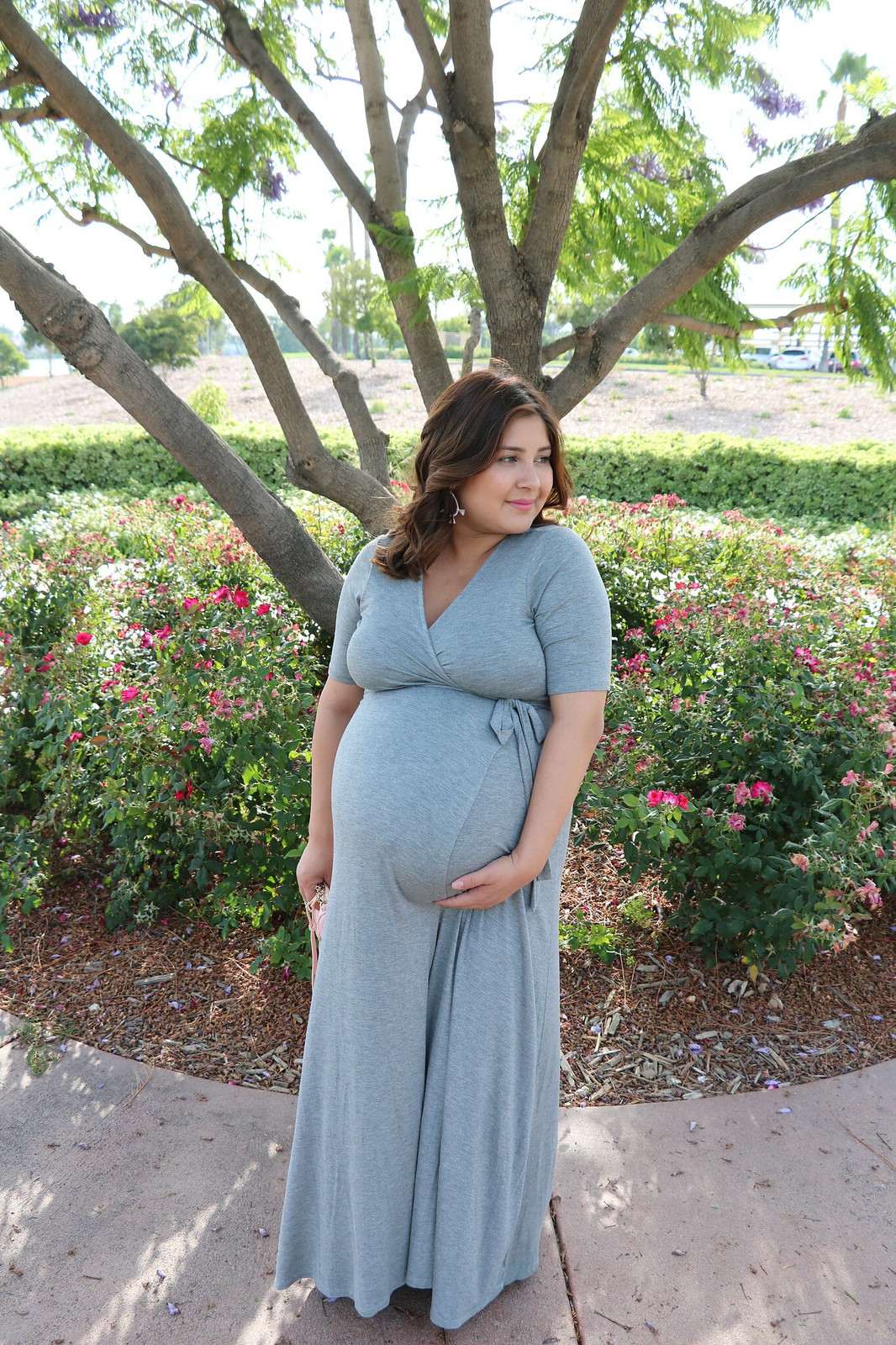 On Wednesday I reached the 37 week mark and on Thursday I started to feel pain in my back since early in the morning. By the afternoon I knew the pain wasn’t going to stop as it kept increasing. As a result, we headed to the hospital by eleven at night to ensure everything was okay. Needless to say, around midnight the doctor informed us we would be welcoming our baby in the next couple of hours.

You may also enjoy: